It’s been a week of frantic Heads! drawing for me. I’ve got myself all inspired by the great responses I’ve had from the webcomic pages released so far, that I have ploughed on with getting a load more of it drawn. The story so far has been piquing the interest of lots of people, and I’ve had requests for advance previews of the rest of the first issue from excitable fans. 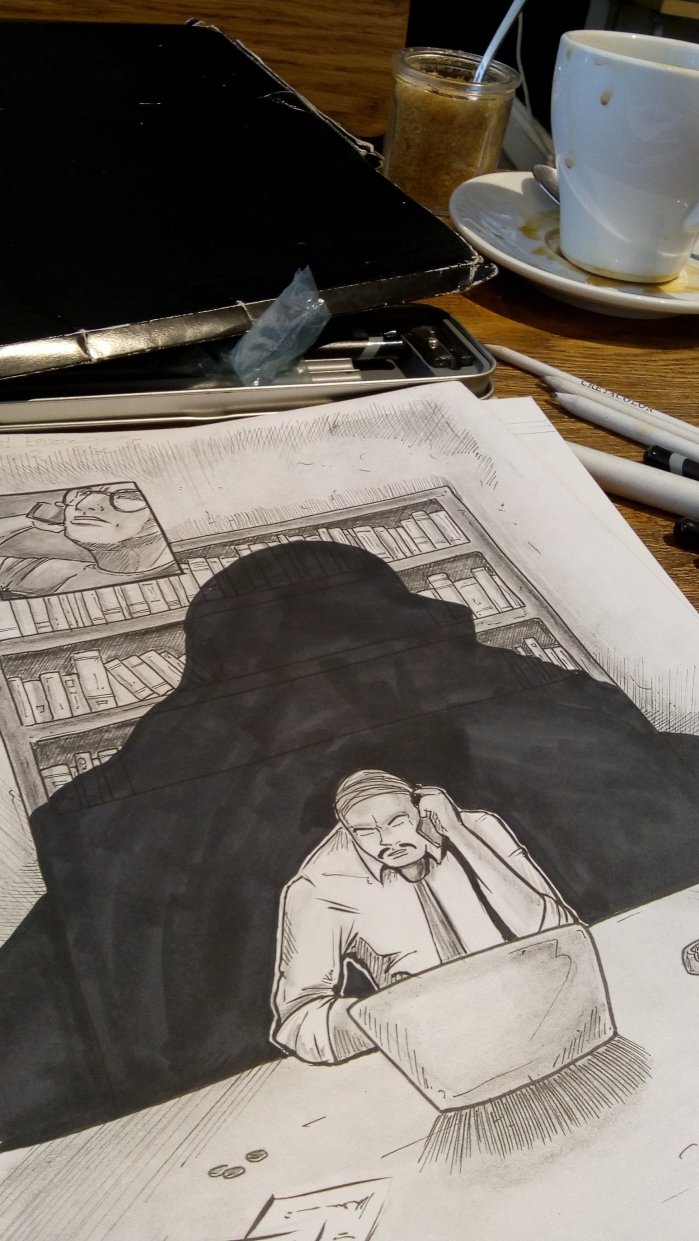 I really want to get Heads! out as a print edition. The gritty black and white feel that I have gone for would look great as a pulp-style comic. I was going to let things run for a bit longer before I jumped into this, but I am thinking of launching a Kickstart or pre-order to get it out there. What you guys think? Would you like to have a copy of Heads! rolled up in your back pocket, or do you like it just fine as digital for now?

I watched a ton of Bones recently, and I am still re-watching season 8. As influences go, Bones isn’t really something I refer to, but I’ve been quite intrigued by the plot balancing. Each season of Bones has a single, long running plot which either resolves by the end of reaches a cliff hanger to lead you into the next season. Some are more effective than others, with the Gormogon plot in season three being one of the strongest. But rather than the whole season be focused on that one plot, there are incidental plots each episode, to keep things interesting.

Loads of shows do this, so it’s not unique to Bones. However, I particularly like the way they often tie the incidentals to the long plot. It gives the opportunity to bring new or supporting characters into something which may reveal them to be of more importance. Mostly, I like how it can be used to divert from things in the main plot and to add red herrings. In writing Heads! I want to be able to throw readers off the scent and lead them to conclusions that are false. I want to be able to drop some surprises along the way too.

Stream my comics at Comichaus